My mother was an ace at finding diamonds in the rough from the Sears Outlet at Dixie Mall to jazz up our little house a bit when money was tight. For a time, every significant purchase from the stove to the sideboard came out of there. One day a guitar appeared with a busted tuning peg that I had to turn with a Vice Grip to get some semblance of an accurate note. Intimidated by music stores, my only stretch of petty larceny was the liberation of usable strings from the Outlet’s selection of beat up garbage guitars returned from the catalogue division. Most of them were already missing 2 or 3 so no one noticed. Not long ago I stopped in with a friend to check out the outlet that replaced the outlet, which other than a name change seems to be nearly identical. It will be filling up again soon enough with tons of Sears castoffs in the next big wave of trash asset acquisition. Hopefully some punk kid will find a guitar in the rubbish and write a new song about how the mall sucks while still managing to get their Grade 8 graduation suit at a great price.

“Market forces” and the trickle down hyper capitalism of Sears American parent company via an interdepartmental civil war has murdered one of Canada’s last old faithful anchor stores. When the Guelph branch has it’s makeover and ended up morphing into an outlet mall version of itself, it was obvious that it was all over. The place looked like it took a renovation brick to the head and lost it’s identity. What The Sears? was a very apt nonsense name for the end of life crisis that location became. A Sears lawnmower used to be a solid investment but the last one I bought there was garbage from the start. God knows how long the replacement fridge will last and the warranty is likely void. One last sad gasp of a products parade will roll on for a month as bargain hunters cannibalize the remains to please the creditors. That’s how the machine works and has always worked. Market forces had me on the outlet mall end of the scheme for most of my life, along with the old neighbours who worked there. And when the Zellers, Woolco, Woolworth, K-Mart, Future Shop, Radio Shack, Target, Eatons, Honest Eds, BiWay, Simpsons or Sears closes of course people are going to sweep in for the deals. So many large retailers have folded, it’s surprising there is any shock value left when another one falls.

In a press release Sears Canada has said “The company deeply regrets this pending outcome and the resulting loss of jobs and store closures.” This must strictly be the sympathies of the admin who wrote the copy because the upper echelon of the company do not care and have no regrets. The invisible hand of the market primarily acts as a balled up fist that continuously clobbers working people in a live action Bonk The Gopher game. Meanwhile the “job creators” have blessed themselves with massive bonuses – Sears USA mastermind Eddie Lampert will sail off on his 130 million US dollar yacht “The Fountainhead” without a wink of lost sleep because that’s just how it is. And forget about that pension you were counting on fellow worker, it has evaporated in the bankruptcy. Inevitably, some troll clown will chime in with “Pension? I don’t get a pension? Why should these crybabies a pension?” and completely miss the point. Atlas Shrugged then Eddie Shrugged in unison. 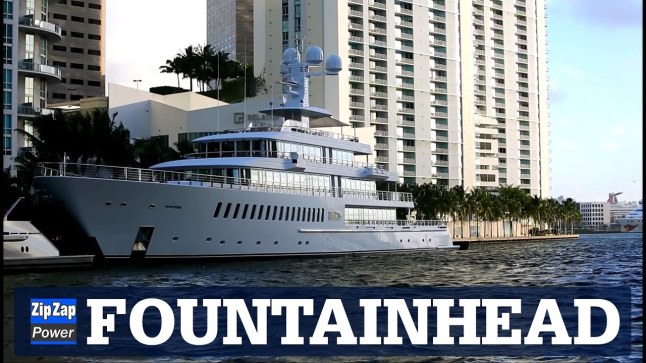 So what’s left for the 12,000 workers and 16,000 retirees, other than outlet mall castoffs and the food bank? The company is bankrupt both morally and financially. All levels of government have nothing to offer other than the usual well worn sympathetic phrases. We’ve seen it all before with the collapse of Nortel and Stelco. There is an ever expanding slice of Canadian working people being trampled by weak standards and the absence of protections when a corporation pulls the plug and disappears through a loophole, laughing all the way. Should we work to change this or do we just shrug endlessly?